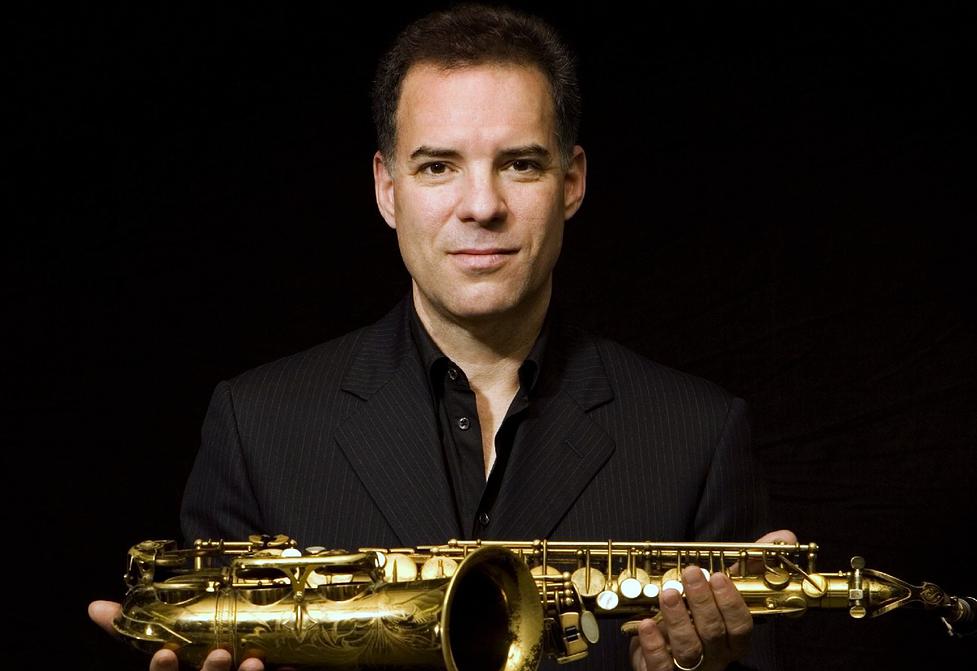 Hailed as an “alto saxophone virtuoso” and “master musician” (Downbeat Magazine), he has 17 recordings as a leader on EMI, Milestone, Savant, … His latest, Stream of Consciousness, features Paul Bollenback, Linda Oh and Rudy Royston.

Snidero is an adjunct instructor at the Jazz and Contemporary Music Program at the New School University and was a visiting professor at Indiana University and Princeton University. He has written three 11-volume series of jazz etude books keyed to play-along CDs. He also has produced courses in jazz improvisation and performance for The Jazz Conception Company.

After touring with Jack McDuff from 1981 to 1982, he joined Toshiko Akiyoshi’s Jazz Orchestra in 1983 in New York, and performed with the group for twenty years. He also played in Frank Sinatra’s band from 1991 to 1995 and Eddie Palmieri’s band beginning 1994. Snidero also has performed with the Frank Wess Sextet (1985), the Mingus Big Band from 1996 to 2000, and Walt Weiskopf from 1994 to 2003. He has worked as a sideman for David Hazeltine, David Murray, Mike LeDonne, Joe Magnarelli, Maria Schneider, Mel Lewis, Jim Rotondi, Brian Lynch, Conrad Herwig, and Tom Varner.